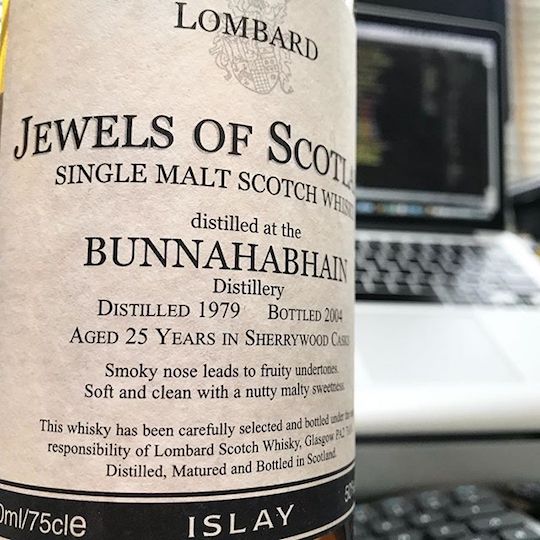 This bottle is from the Lombard Scotch Whiskey under the Jewels of Scotland line. I don’t know too much about this company other than they made this bottle. I’ve had other Bunnahabhains, but just not as werid as this one. Really recommend it if you get a chance.

How this was acquired: store

Would I buy this (or if already bought, would you buy this again): Yes

Would I order this in a bar: Yes

Would I drink this if someone gave me a glass: Yes